The solo show of the artist Oscar Piattella of which Gruppo Inveco had the honor of being the main sponsor has just ended in Pesaro. The exhibition, hosted in the spaces of the Pescheria Foundation - Visual Arts Center, from 26 June to 11 October 2020 had as its fulcrum the corpus of works of the latest and dense production of the Pesaro painter. The itinerary presented the artistic evolution of Piattella through 55 paintings on wood. In the photo above, from left: the curator of the exhibition Alberto Mazzacchera, the mayor of PesaroMatteo Ricci, the artistOscar Piattella, Fernando Barbetti - President of the Inveco Group, Daniele Vimini - Councilor for Beauty of the Municipality of Pesaro and Silvano Straccini - President of the Pescheria Foundation. The rear work "Polyptych for Pesaro" wants to represent in a modern and material key the altarpiece by "Giovanni Bellini" among the most famous artists of the Renaissance. Oscar Piattella wanted to donate the work to the municipality of Pesaro, his hometown.

All Inveco Holding thanks for the numerous certificates of esteem received, first of all by the artist himself, the day after the closing of the exhibition for the support offered to the realization of the event. In particular moments such as the one the country is facing, it seemed right and satisfying to have given our contribution to the recovery. 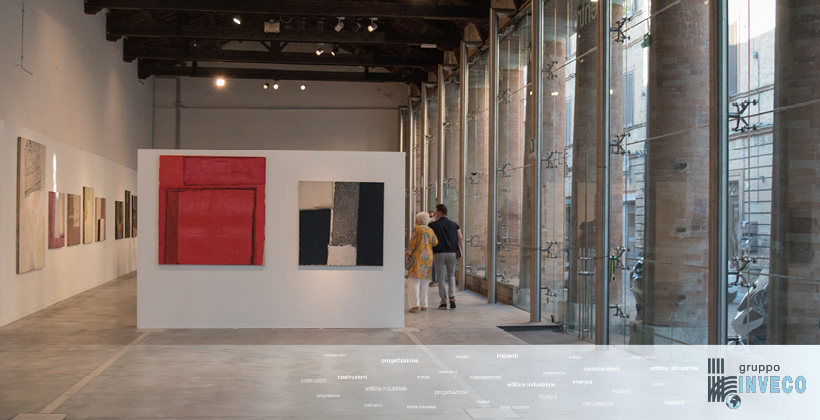 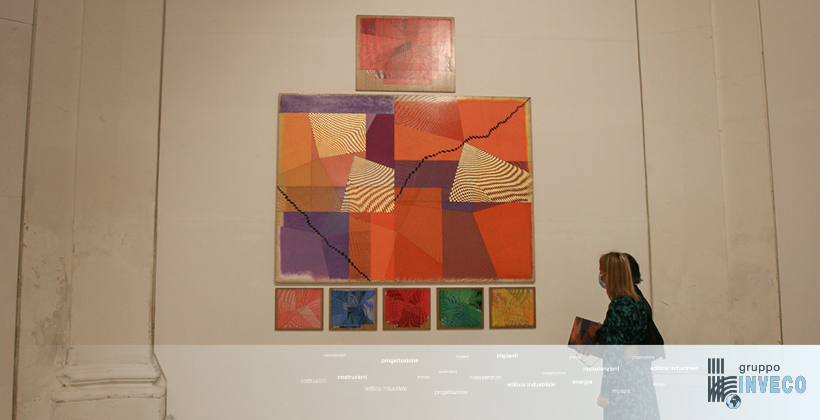 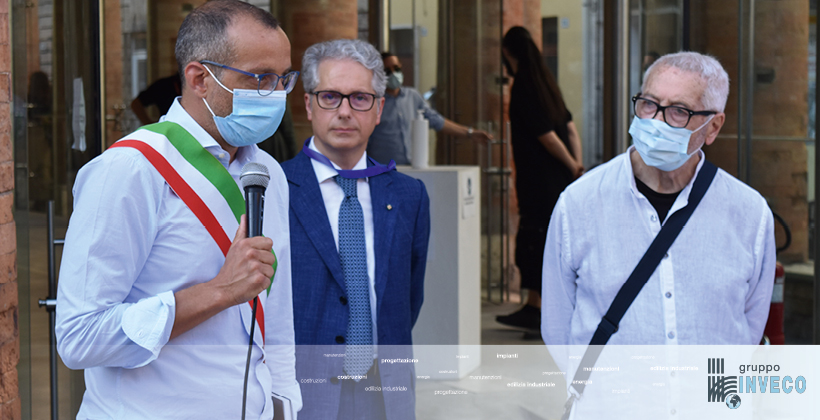 Friday, May 24th at the Seebay hotel in PortonovoGruppo Inveco took part in the MARCHE ENERGY DAY, an event organized by Confapi Ancona with leading experts in renewable energy. This congress was very fruitful to explore the potential of this constantly evolving sector.

Very interesting was the analysis of the president of Confapi Ancona, Michele Mencarelli on today’s energy situation followed by the interventions of companies such as SUNCITY, EGO GROUP. GREEN ENERGY SERVICE AND P.M. SERVICE.

Inveco took part at “Umbria – Balcans 2019” in Confindustria Umbria with a specific focus on Serbia. The event was organized in collaboration with Umbria Export.

Inveco Group has extensive experience as a general contractor in Serbia, just think of the Greenfield Project (complete plant construction) for Cooper Standard in the ind area in Sremska Mitrovica completed in 2014. Another important intervention, this time Brownfield Project (industrial restructuring), was the one carried out in the P&T DESIGN D.o.o. in Nova Pazova in 2015.

On the sidelines of the conference, bilateral meetings were held between Italian and Serbian companies to strengthen or give rise to fruitful company collaborations.

Filippo Barbetti, CEO of the Inveco Group, spoke on Friday 12 October 2018 in the meeting regarding the business internationalization.

The meeting highlighted the functions and skills that each institution can offerto the companies in the internationalization processes. “An essential business choice“, Silla says, in the current global scenario, if we consider the greater security and greater serenity that SACE can give, explained Bellucci, in assuring export credits and now, also in providing commercial information of future foreign partners or SIMEST in financing projects and business plans that deserve support in EU countries.

Mafodda instead focused on the attention of ICE to new sales systems and models able to implement the transactions of Made in Italyproducts and to impose itself on increasingly sophisticated markets such as the Chinese one. Precisely on the point, the topic was deepened and debated with the lawyer Alessandra Lombardi, IT and ICT desk of Studio Spacchetti, in the field of e-commerce and lead generation, highlighting the need to operate also on the structures and training of entrepreneurs.

Equally stimulating the comparison established with SIMEST by the lawyer Federica Fioretti, the Equity and Banking desk of Studio Spacchetti, on the concrete possibility for SMEs to access private equity operations proposed by SIMEST, given that the acquired experience has shown the trust and diffidence of the entrepreneur to open to third parties the entry in the company capital of its company, even if it recalls Silla, the contribution of SIMEST is purely financial and support to the realization of the business plan, topics that in the morning were also illustrated by Emanuela Romani and Filippo Pasquini of Banca FINECO together with K Finance .

The internationalization processes are also accompanied, studied and supported by ICC, the International Chamber of Commerce of Paris, Ettore De Vito has specified, through the activities of the Commissions and with the revisions and updates of the main legal institutions such as the one in progress of the INCOTERMS , topic addressed with lawyer Spacchetti from Debora Peruccacci, DHL’s major executive account, host of the meeting.

In line with the theme of the workshop that referred to the preparation and competence of the entrepreneur to establish itself in global markets, the testimony of INVECO SPA, which with the CEO Filippo Barbetti and Andrea Girelli, active in various parts of the world in the real estate sector industrial building with turnkey solutions.

Gruppo Inveco had a fruitful day as regards interesting contacts. We really appreciate Confindustria Umbria for the organization of the event.